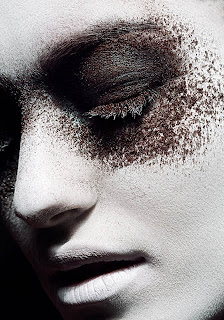 I just don't want to keep this from anyone who thinks he's creative...


You are a unique individual.

On the history of this planet, there has never been another person who has thought exactly the same thoughts as you have thought. The thoughts of that occurring would be mind-numbingly astronomical. To make the most out of your design inspiration and help inspire others creatively, we need to learn to create our own
worlds.
We live in a world filled with so much stimuli, so many types of people and so many boxes that people try to fit each other in that it’s all too easy to put yourself in a box and limit yourself.
For the simple sake of advertising and making our world easier to navigate, we instinctively break our surroundings down into simple categories called schema, into which we learn to expect certain behaviours in certain situations, from certain people at certain times and so on. This is a double sided sword, because while we can process information faster this way, we make way too many generalizations and we miss out of the complexities and unique qualities of the people around us.

When we are more certain about who we are, in all aspects of our life including creatively, we begin to break these ‘schema’ because people will notice we don’t react how they think we should react given the information they think they have about us.

Read that again. That’s the key to it all. Being yourself and creating your own way to be makes it
harder to be put into any category. People might think you’re one way, but you’re actually totally different. That throws people, that’s good because they’re going to remember you now.
This is the difference between being the person they remembered from that cocktail party that lands you a lifetime of creative jobs, and that person who they just remember as ’oh just another creative type’. It’s not about going out of your way to grab attention. It’s not about going over the top to do wierd things to get attention. It’s just beingyourself in the most authentic way possible.
This is the essence of creativity. This is why I could never paint a Mondrian or a Mona Lisa even if I perfected the technique. Those artworks are the result of self-assurance, something that simply cannot be copied.
The  people who we remember, those seemingly lucky few who go down in history invariably are people who did things their way and their way alone. Nobody else decided to wear a glittery glove, Michael Jackson came up with that. Lady Gaga for whatever we might think about her, does things her own way and that’s why we remember her. The same with Kanye West. He follows his own path and makes the kind of music he wants to hear. This is why such artists could never be surpassed, because they are on a road of their own making. The only reason they are now easy to copy is because they made the trail behind them that’s easy to follow. It wasn’t there before them.
We all have such an ability to be unique, but sometimes we allow our creativity to be dulled and our inspiration taken away from us by allowing ourselves to be categorized or thought of as a particular kind of person, then we begin to trick ourselves into living that way. When you let someone else define your identity, you lose your ability to define your reality and creativity. Living your own way is easy though. Pay more attention to the things you like to do.
Be disagreeable, have your own point of view- make decisions you are comfortable with, do things that are frowned up (within reason!). It’s not being a rebel for the sake of being a rebel, because that’s a category in itself. It’s not about upsetting people of being anti-everything just to get a reaction either. It’s about knowing yourself, your vision, your goals and what you believe in clearly and precisely.
Create a manifesto. Say what kind of design you are willing to do and what you won’t. This makes you a more solid individual to deal with. When you define yourself the world flows around you rather than you flowing through the world. The things you need to get to where you need to get to just come to you.
Design your life, or life will design you!


...and I do love the combination of my two jobs. My name is Silvana Issa, born and raised in Amsterdam, and now living in Haarlem Holland.
In 2007 I started my company Inside Out Design
A company in interior design and styling. Altough I studied
interior architecture (which I did not finish), I felt that something was missing. I decided to enroll for the bachelor degree interior design and styling at Artemis Styling Academy. After my graduation in 2010, I now work as a stylist for food, photography, stills, setdesign and interiors.
I started my label " by SISSA ” some time ago and I am working on a new line in homeproducts with only men fabrics.
Beside my job as a freelance stylist, I have been flying since 1989 and since 2001 I am working as a purser for KLM.
And I am still loving it.
I can not imagine, that I will stop travelling around the world. Because the world inspires me to make creative designs.
I just think I have the best of both worlds...